The La Grange Public Library provides community members the inspiration and the means to learn, explore, and connect throughout their lives.

We take pride in the Library and the La Grange community. Our purpose is to cultivate a desire to return to the Library. The following values guide us:

We believe in open and honest communication. We act with respect and compassion to make patrons and staff alike feel valued and appreciated.

We combine knowledge and expertise with flexibility and creativity when serving patrons.

We embrace innovation as essential to evolve with the needs of the community. We look for eco-friendly solutions in our procedures and practices.

We approach our day with enthusiasm and a sense of humor. We believe laughter goes a long way. We love what we do, and we want everyone to know it.

In 1896, one hundred books were collected by the La Grange Women’s Club and a lending library was born. Due to the philanthropic efforts of the Club and generous monetary donations from local individuals and institutions alike, the library gathered nearly 500 volumes over the next seven years. This led to a plan to receive grant funding for a new library.

A 1903 grant from Andrew Carnegie built the first La Grange Public Library building. The Library became the Village center of education and entertainment for the next six decades, dramatically increasing its collection and hosting a plenitude of local clubs. The building experienced heavy use, contributing to significant wear and tear over these years. After multiple renovations, the Library found the support to construct a new facility on the corner of La Grange Road and Cossitt Avenue in 1968.

The second La Grange Public Library opened in fall of 1968, heralded as the “Jewel of the Village” by local newspapers at the time. Over its lifespan, the Library nearly doubled its intended collection capacity in an attempt to meet the increasing demand for materials from the community. It became evident after the turn of the 21st century that a new building would be necessary altogether. The Library Board approved the construction of the current building in 2003. For two years the La Grange Public Library moved its collection, its staff, and its services to a temporary building on Shawmut Avenue to wait out construction.

In 2007, the current building was erected, providing updated services and modern amenities such as larger and more numerous meeting room spaces, more public computers and wireless internet access. By 2019, the Library’s collection has grown to hold over 100,000 items, including video games, music, and eReaders as well as books, music, and magazines. The Library’s digital resources offer downloadable books, movies, and music, along with online classes and resources. In addition, nearly 800 programs are hosted each year for all ages, attracting community members to events both educational and entertaining. Furthermore, a digital studio lab in the lower level boasts a green screen room, stage lighting, video and audio editing equipment, photo digitization software, and virtual reality consoles. The La Grange Public Library continues to grow, and works to meet the needs of the community for years to come. 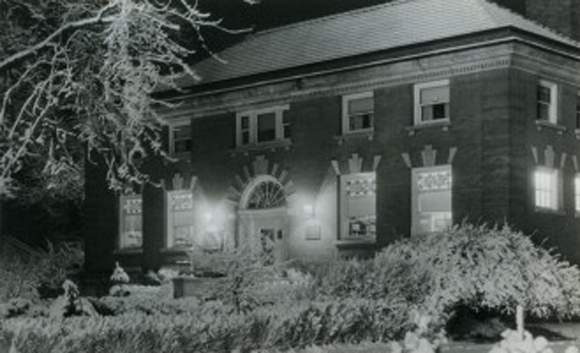 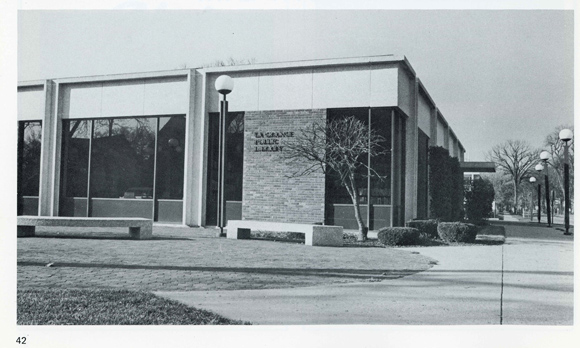 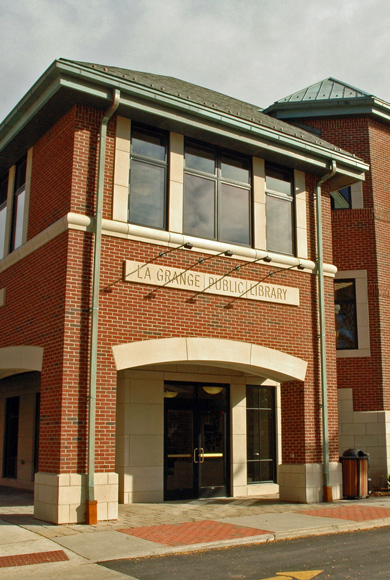